As part of World Car Free Day, on 22 September 2021, we are sharing a vision of how we want to reverse the model of car-centric cities to safer, carbon-free zones. The case study in question is Lark Lane in Liverpool, UK, one of the city’s popular social hubs, with an array of cafes, community centred outlets and all round happy place for many people.

What doesn’t make this and many streets happy places at the moment; however, is the prominence given to cars – a situation that could be reversed. We chose Lark Lane as a case study because not only is it a key city hub, but also because there is currently no public transport on the street, it has plenty of transformable car parking spaces and it has already seen a provisional extension of pedestrian areas during the COVID-19 pandemic.

“Imagine all the people, living for today” Imagine, John Lennon

This reimagining by Danish architecture firm JAJA, done in collaboration with Voi and Liverpool City Council, is part of an ongoing series of city renderings that we are commissioning at Voi, is both eye-opening and refreshing. To continue to drive more people to use green modes of transport, reducing over-reliance on cars for short car journeys, urban infrastructure needs to be rethought in order to create better and healthier cities to live in. 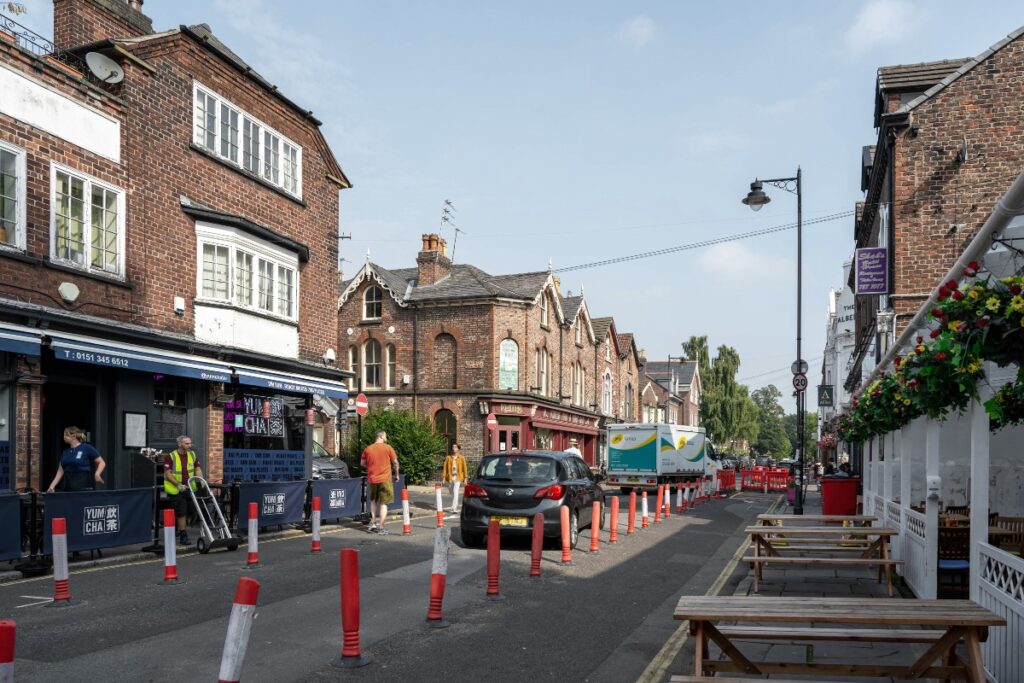 Envisaging a modal shift in cities

With an absence of cars in Lark Lane, or indeed many other urban thoroughfares, the road would be shared by pedestrians of mixed mobility needs, e-scooters and bikes. There would be parklets to facilitate responsible parking, which would also double up as green, social spaces with seats. Cargo bikes could be used for deliveries to the shops, allowing a total modal shift to non-polluting vehicles. In addition, Voi scooters could have a mandatory slow speed in these zones, as low as 8kph. Many of our cities already have these mandatory slow speed zones, aligned with our Ride Safe policy and practices.

“We put our cities first, and we have been bowled over by the long-sighted view that many of our partner cities, including Liverpool, are taking on this move from cars to carbon-free transport. Urban planning has, for too long, revolved around cars. However, by working together with local authorities, we are confident that we are moving in the right direction. At present we are seeing a massive modal shift that is not just for World Car Free Day. It’s here to stay.” Jack Samler, General Manager at Voi UK and Ireland

15-minute cities – join us in a worldwide micromodal movement

This shift towards a sustainable and fun way to travel ties in with Voi’s vision to create 15-minute cities, a movement that allows city dwellers to access their essential living needs within a quarter of an hour by walking, biking, taking public transport or a shared micromobility service. This, in turn, makes public transport more accessible to many people who, not lucky enough to have a station on their doorstep, are able to get there by e-scooter.

“The effort against private car ownership requires collaborative thinking across traditionally siloed industries and disciplines. Therefore it has been a pleasure to collaborate with Voi on the re-imagination of Lark Lane, Liverpool. Not only have they facilitated a participation process with Liverpool City Council, but they have also been open to a vision that is centred on their shared e-scooter service as well as all the necessary and enjoyable elements that should constitute the future 15-minute, car-free city.” – Robert Martin, Head of Mobility at JAJA Architects

Working towards SDG13: Take urgent action to combat climate change and its impacts

Shared micromobility is one quick and easy solution that can be taken to accelerate a transition towards Net Zero transport. As a climate neutral service, we are not only facilitating Sustainable Development Goal (SDG) 13 (Action for Climate Change), but also helping local authorities to hit their targets. At Voi, we have a science-based climate action plan validated by the Science Based Target Initiative (SBTI). Voi is also an official participant in the UN’s Race to Zero as well as a member of the We Mean Business Coalition. 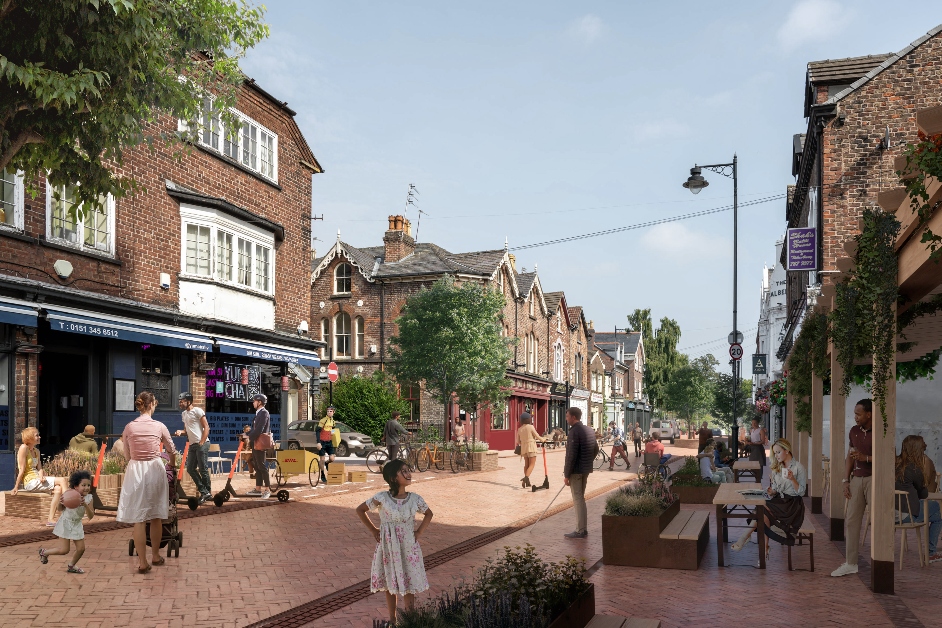 A substantial shift is happening

A recent Voi user survey showed that 39% of riders in the UK are now making a savvy and sustainable switch from cars to rented scooters. However, in Liverpool the same survey showed that an impressive 42% of Voi’s Liverpool riders have replaced short car journeys with e-scooters, which is slightly higher than the national average. This shows that Liverpool is still very car-centric but also the huge decarbonisation potential of shared e-scooters in the city. With 60% of car journeys in the UK being used to cover a distance of just 1-2 miles, and the average journey taken by Voi users being a similar distance, it is clear that a modal shift is already happening. Liverpudlians can, hopefully, continue to follow the example of their city’s most famous singer-songwriter, John Lennon, and “Imagine all the people, sharing all the world.”