It’s not surprising, really, that many of us who work at Voi in the UK enjoy cycling in the city. Indeed, it is our commitment to low carbon travel, cleaner and less congested urban spaces that has put many of us on this Voiage. When push comes to shove, however, and in all honesty, we ask ourselves on the UN’s World Bicycle Day: when we are out and about on our own personal bicycles, or indeed on one of our Voi e-bikes in Cambridge, Kettering or Peterborough – are we really that cool about sharing our cycling lanes with e-scooter riders?

Most of us admit that, because we play a part in the way Voi and the micromobility sector generally is growing, we do in fact find ourselves smiling when overtaken by e-scooter riders in cycle lanes. And yet, sometimes, that build-back-greener glow can turn to a glower within a heartbeat.

This frustrated frown is not about having to share our hard won cycle lanes with scooters, nor about the fact that we have to push harder up that hill than they do. It’s invariably about the fact that it’s still an uphill climb to convert our road networks to much more efficient car-free usage.

The UK road network has made many advances in adapting to active travel, thanks to the stalwart efforts of organisations like London Cycling Campaign, Sustrans and Cycling UK. However, it is still archaic and car centric compared with many of our European neighbours. At Voi, we urge for a surge when it comes to the sustainable development of our roads. We recommend that cycling infrastructure such as segregated cycle lanes be prioritised, to encourage not only space for more micromobility vehicles but also to ensure safe riding for all. By doing this, we convert highways into ‘fairways’ and continue in our mission to discourage the use of private cars for short journeys.

The growth of cycle networks

On a more positive note, however, there is no doubt that cycling in some of the UK’s largest cities has grown massively in popularity in the last two decades, and infrastructure has improved to cater for this. Even before cycling became the norm for so many during the height of the pandemic, the Department for Transport named Bristol as Britain’s “first cycling city.” After multi million investment, the city has created 96,947km of mapped cycleways, and with over 3.5 million Voi rides enjoyed by Bristolians to date, it is our first e-scooter city now too. 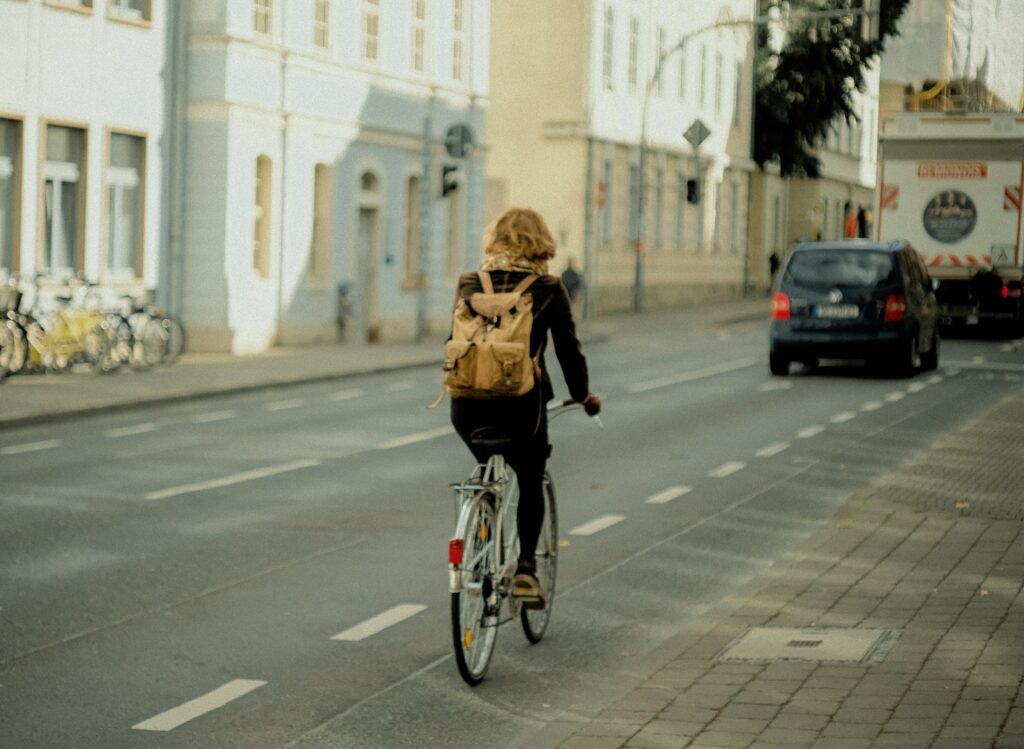 Cycling lanes are not just for cyclists

In the 17 towns and cities where we operate, a significant modal shift is happening and so we cyclists are definitely learning to adapt to our new lane-mates. The latest data from the Department for Transport (DfT) shows that 19% of households don’t have access to a car or van, but they do have more and more access to shared e-scooters. Indeed, according to our rider research, 39% of our UK Voi e-scooter journeys would otherwise have been taken by a car. So, we cyclists shouldn’t get our Lycra in a twist about e-scooters, we just need to support the movement to give them more space.

There remains one other fundamental issue with cycling – the cycling stereotype. Cycling UK’s latest stats show that our cycling lanes are, for the most part, filled with white, male, 25-44 year olds, with above average income. At Voi, we strive and act for more equity and accessibility in the sector. While figures have improved, women, minorities and less affluent people are underrepresented among cyclists and so, as sharing cycling lanes supports a shift to close this gender gap, we are on the case.

For example, we have addressed inclusion in micromobility by commissioning a Micromobility for All report. This confirmed that women are also underrepresented among e-scooter users, with only 30% of Voi riders identifying as female. Consequently, we commissioned research with Women in Transport, to delve deeper into these issues in order to strengthen our case for better, safer infrastructure, with our new Gender Equity Commission sharing the findings in May 2022.

There is no doubt that the transformation of our urban streets is laden with practical, political and societal problems. People don’t like change, and rebalancing attention away from motorists is challenging. However, we cyclists started this change a long time ago, and so it’s important that we continue to support the micromobility movement that is driving it further in a different, but equally important way. 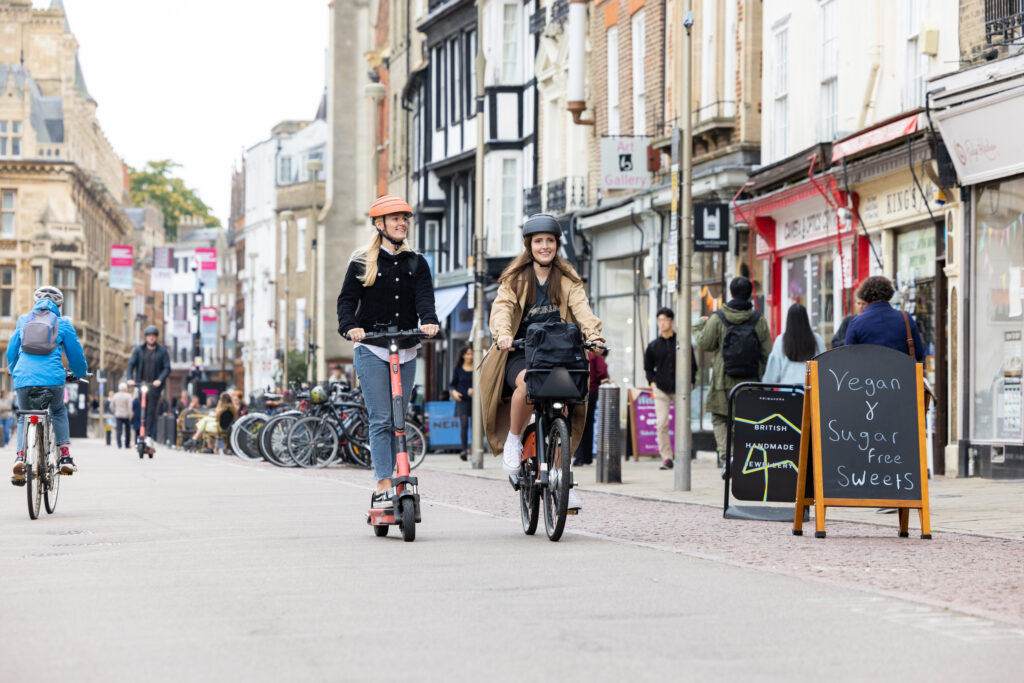 Thankfully, the rapid uptake of e-scooter riders in the UK confirms that many more people are now re-evaluating the way in which they travel. We are all being active rebalancers, in fact, and we must support each other – especially if we are to gain much needed governmental support.

In the meantime, one immediate ‘leadout’ move that cyclists could support, is to rename cycleways with a term that celebrates a modal shift from motors to micromobility, pollution to inclusion. It would be a good compromise on cyclists’ part and, if we think about it, it isn’t that radical. it’s just all part of the rebalancing road race.